Ripple has experienced a long-term downward trend for over 500 days. April 14, 2021, marked the last day the bulls dominated the XRP market and recorded a local high of almost $2. Since then, the price of XRP has been down by 80%. Recent attempts by the bulls to start a rally have also failed.

These lines lie around $0.36, which had become a critical resistance zone (in red). In addition, the horizontal resistance at $0.4 also marks a key supply zone in case of a breakout.

From the bullish side, a breakout above $0.4 is the first step North. In such a case, the probability of reaching the 200-day moving average (in white), now at $0.53, will become likely. Considering the current bearish sentiment, this scenario is unlikely.

On the other hand, according to the bearish structure formed on lower timeframes, the bears can potentially push the price lower to retest $0.3.

Interestingly, in the XRP/BTC chart, the bulls dominate the market to a certain degree. They have increased the price by more than 10% over the last two weeks. This has caused the pair to break above the 200-day moving average line (in white) and close two daily candles above it.

However, the resistance of the descending line (in yellow), combined with the resistance zone in the range of 1700-1800 SATs (in red), could potentially reject the momentum. 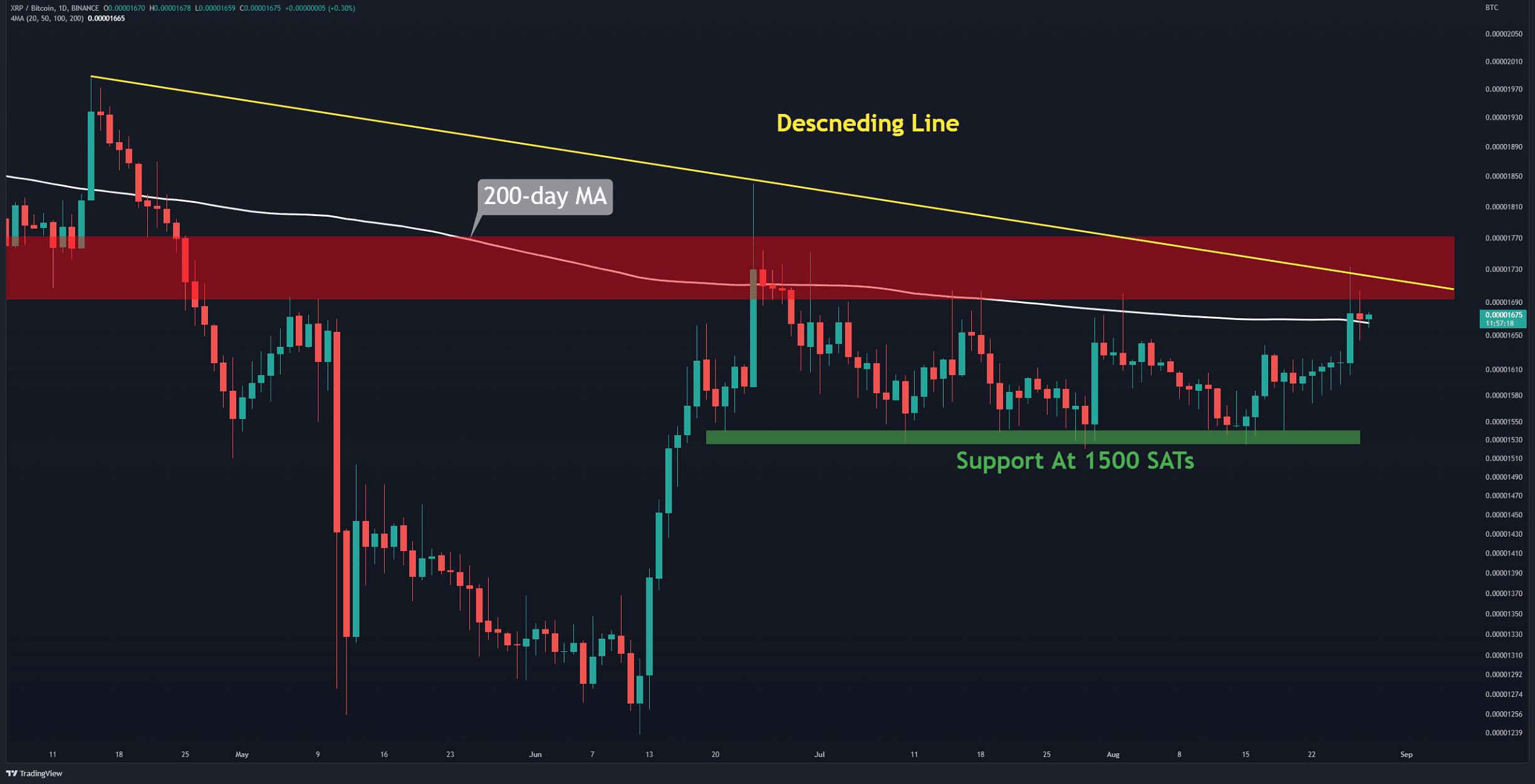