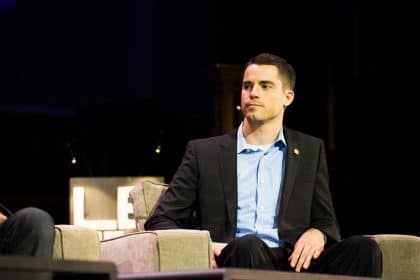 GGC has given Ver 20 days to respond to the complaints filed against him.

As crypto lending firm Genesis begins to come to terms with its bankruptcy, one of its offshoots – GGC International, has sued popular Bitcoin Cash (BCH) advocate Roger Ver. According to a January 23 court filing made available at the New York State Supreme Court, Ver is being sued over his failure to settle crypto options transactions worth over $20.8 million. And in addition to that, GGC also wants Ver to bear whatever costs the firm incurs throughout the court proceedings.

Per the filing, Ver was due to make payment by December 30. But in what now appears to be a clear case of defaulting, Ver did not pay up. For defaulting, GGC has now given Ver 20 days to respond to the complaints filed against him. This means that he has until February 12 to come forward and state his reasons for failing to fulfill his financial obligations.

In the event that he fails to honor the request, however, a default judgment will be meted out to Ver.  That is, he will then be obliged to pay the total amount by default.

As of publication though, Ver is yet to issue any statement of acknowledgment regarding the case.

Roger Ver Has a History of Debts

It might be worth noting that Roger Ver is not exactly new to cases of debts such as this.

Last June, Ver was also in the news for a similar case. At the time, Hong Kong-based CoinFLEX exchange claimed that Ver had flouted an agreement and was owing it around $47 million USD Coin (USDC).  Although Ver later denied those claims without directly addressing the company. It is believed, however, that Ver’s debt eventually went up to $84 million. And that it was largely responsible for CoinFLEX’s decision to eventually file for restructuring later in August.

Meanwhile, Ver’s indebtedness to GGC has now made his debts one too many for Digital Currency Group (DCG). For what it’s worth, CoinFLEX and Genesis, to which he owes huge amounts, are both parts of DCG’s portfolio. Whereas, DCG itself is in a financial mess and is frantically sourcing for funds at the moment. So, Ver is certainly not the kind of debtor it hopes for, if it wants to stay in business and avoid bankruptcy.

Mayowa is a crypto enthusiast/writer whose conversational character is quite evident in his style of writing. He strongly believes in the potential of digital assets and takes every opportunity to reiterate this.
He’s a reader, a researcher, an astute speaker, and also a budding entrepreneur.
Away from crypto however, Mayowa’s fancied distractions include soccer or discussing world politics.

Industry giant with 635.000 Bitcoin to get court hearing on this date

Crypto Asset Management Practices Are Changing for the Better