If you’re holding onto Shiba Inu in the hopes that the memecoin will take off once again, you should sell it immediately before the project goes up in flames. This is according to 36 fintech experts who in a recent poll claimed they believe the future is bleak for the second-largest memecoin.

At press time, Shiba is trading at $0.00001183, 10 percent higher over the last week. With a market cap of $6.5 billion, it’s the 16th-largest crypto project and is $5 billion below the memecoin leader Dogecoin. 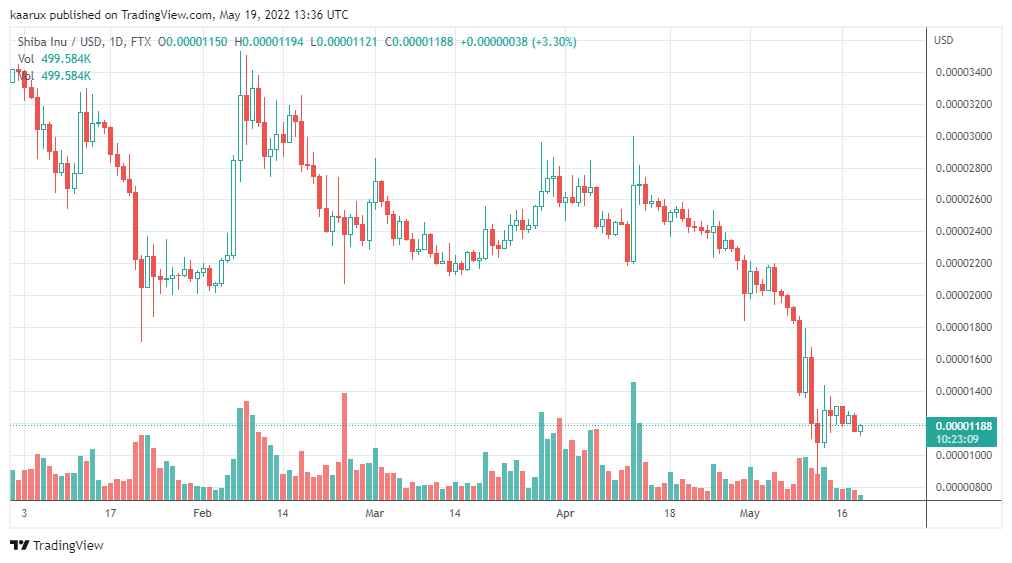 However, despite being in the top 20, SHIB has lost over 65 percent of its value year-to-date. Experts polled by Finder.com believe that this drop will continue.

One of those who believe that SHIB is going the way of the dodo is Matthew Harry, the head of funds at DigitaX Asset Management. He told the outlet:

This market is maturing and things like SHIB will die as capital begins to flow to quality and value rather than being scattered across the field in the hope that every player wins a prize. That’s not how things work. Hype dies, value rises.

Dimitrios Salampasis, a fintech lecturer at Swinburne University of Technology concurs. He commented:

I am of the opinion that all these joke-type coins will disappear and leave space for actual innovation and cryptoassets that can serve proper use cases.

The new study comes at a time when data has shown that Shiba Inu’s popularity has dipped significantly. As CNF reported, the crypto has seen a 75 percent dip in Google searches as the memecoin hype has died off.

However, Finder.com’s panels have got some predictions spectacularly wrong. In April, a panel predicted that LUNA would hit $143 this year and $390 by 2025.

“The LUNA token will continue to gain traction as long as there are no clear regulations in stablecoins. We believe that LUNA and UST will have an advantage and be adopted as a major stablecoin across the crypto space,” one of the panelists predicted.

NFT Pangolin partners with MOMA to launch an NFT auction