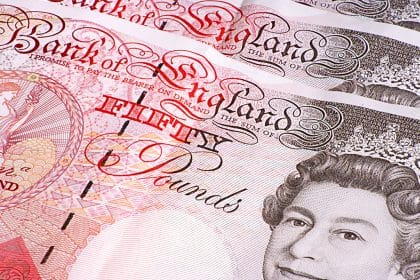 The expert will work on delivering the strategic goals of the UK Treasury within its CBDC ambitions, lead the expanding CBDC team, analyze CBDC policy issues, as well as represent and advance the Treasury’s interests in international engagement on CBDC.

The UK Treasury has opened a vacancy for a Head of Central Bank Digital Currency (CBDC) to explore the use of the digital pound.

The job description on LinkedIn reads:

“The successful candidate will be responsible for leadership of HM Treasury’s work on a potential digital pound – a UK central bank digital currency (CBDC). This work is important, complex and cross-cutting, and the leadership will involve extensive engagement across and beyond HM Treasury.”

“This role will suit candidates seeking a significant policy leadership role in high-profile and fast-moving area of work and willingness to actively contribute to broader team leadership and culture. The post holder will join a supportive and close-knit wider team – Payments and FinTech – that is leading a number of policy agendas of significant interest to Ministers and the public.”

The candidate will work on delivering the strategic goals of the UK Treasury within its CBDC ambitions, lead the expanding CBDC team, analyze CBDC policy issues, as well as represent and advance the Treasury’s interests in international engagement on CBDC.

Currently, the UK government is debating on the benefits of the CBDC issue. Previously, in 2021, the UK Financial Conduct Authority banned companies from offering cryptocurrency derivatives products such as futures, options, and exchange-traded notes, or ETNs, to retail customers. Now, the Regulatory Policy Committee (RPC) believes that such a decision was unjustified, citing the insufficiency of evidence on the harm posed by these products to consumers. According to the RPC cost-benefit report, the evaluated annual losses from the measure at roughly 268.5 million British pounds ($333 million).

Since the FTX exchange collapsed in November 2022, the opinions on the issue of CBDC split. Tony Yates, a former senior adviser to the Bank of England, is against using CBDCs, arguing it is “not worth the costs and risks.” Meanwhile, the Bank of England Deputy Governor Jon Cunliffe believes that under the current circumstances, the need for a CBDC is obvious. He also highlighted the necessity of regulation of crypto in the UK to protect consumers and investors.

“Our approach as regulators should be open – by which I mean we should be prepared to explore whether and if so how the necessary level of assurance equal to that in conventional finance could be attained. But we should also be firm that where it cannot, we are not prepared to see innovation at the cost of higher risk,” said Jon Cuncliffe.

The Bahamas, Nigeria, Eastern Caribbean, and Jamaica have already issued a CBDC, while China is leading with its own CBDC trials. Other countries around the world are considering the same. According to the Official Monetary and Financial Institutions Forum (OMFIF) survey, two-thirds of banks worldwide said they would issue a CBDC within 10 years.

Darya is a crypto enthusiast who strongly believes in the future of blockchain. Being a hospitality professional, she is interested in finding the ways blockchain can change different industries and bring our life to a different level.

The Winter Show in New York Dazzles Collectors and…